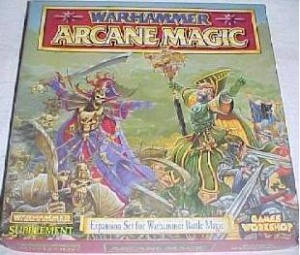 Warhammer Arcane Magic was the name of the second Magic supplement for the 4th Edition of Warhammer Fantasy Battles and an expansion to Warhammer Battle Magic.

It was first published in 1992 by Games Workshop Ltd. and was sold in a Box, which was named Warhammer Arcane Magic.