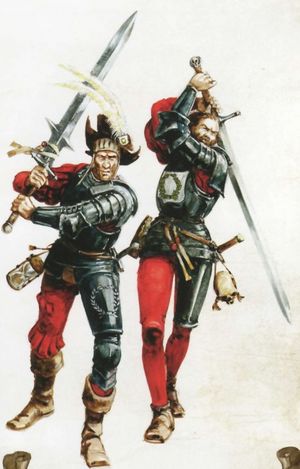 The Carroburg Greatswords are a famous Greatsword regiment of the city of Carroburg in the Empire. [1a]

Many Reiklanders enjoy telling the story of the regiments victory over their rivals of Middenland. [1b]

In 1865 IC, the regiment first gained its reputation for steadfastness by holding the breach in the walls of their home against the army of Middenland. Following this bloody victory, they officially changed their uniforms from white to red. [1a]