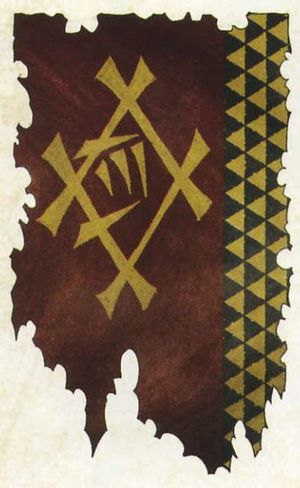 Clan Krizzor is a skaven Warlord Clan. [1a]

The clans stronghold-lair is in the Darklands and Krizzor is one of the few skaven clans other than Clan Moulder able to train effective Packmasters. [1a][2a]

Clothing and banners are often made from skinned pelts including tanned Razorgor fur and cured Troll-hide. [2a]

Previously a poor and unremarkable warlord clan, they discovered that skavenslaves dipped in pigs blood was a highly effective lure and soon they were able to entrap enough monsters to gain a alliance with Clan Moulder. [2a]

Now that they have grown in power they are growing increasingly annoyed with the huge taxes that Clan Rictus impose on them for exiting the Darklands through their tunnels. They are unaware that their allies in Moulder are behind a move to triple those taxes, seeing Krizzor as a potential rival should they grow too strong. [2a]