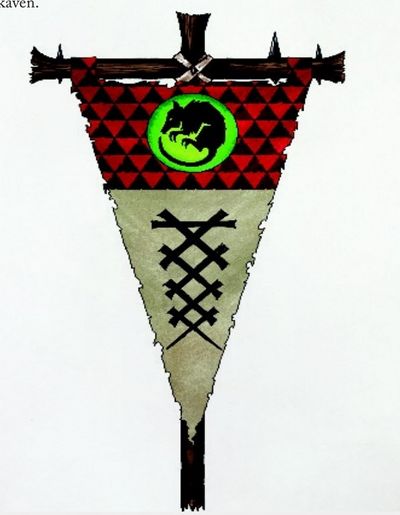 Clan Moulder is one of the four Great Clans of the Skaven. They have grown powerful through their mastery of the art of breeding mutant war-beasts.

Their slave-warpers use the power of warpstone to breed mutant fighting beasts from slave-stock, and surgery is used to create still more heinous forms of monsters. Their methods are unknown, for they jealously guard the secrets that have given them such power. Rat Ogres, Tracker Rats and Wolf Rats are among the most well-known of their monsters. The Clan's most successful creation has been the Rat Ogre - these monstrous creatures have been the source of much of the Clan's power, as Grey Seers and other Skaven sorcerers will pay exorbitant amounts of warptokens to attain a Rat Ogre bodyguard.

Clan Moulder has few Skaven warriors compared to most Clans, and rely heavily on packs of its mutant beasts which it sends into battle. These are driven on by Packmasters, experts at the lash and at goading their charges into combat against enemies.

Clan Moulder armies are typically led by Master Moulders and then field Clanrats as well as Skavenslaves as the bulk of their troops. The armies then include masses of their experimental monsters such as the Rat Ogre and Giant Rats.[1] These fighting beasts are also sold to other Skaven Clans for the highest price. Ghoritch is considered their greatest creation.

Master Moulders lead their most successful and horrific creations to defend Hell Pit. [3a]

Clan Moulder was originally led away from Skavenblight by one of the original twelve Grey Lords, Lord Malkrit [1a]. It was this expedition that led them to the far north where they founded the great city of Hell Pit. Hell Pit is now the main stronghold of Clan Moulder. Its main lair and fortress, is located at the northern edge of the Troll Country.[2a]

There the beastmasters of Clan Moulder learned to breed several fighting beasts, using warpstone to mutate and enhance them.[1a] Being so close to the Chaos Wastes means there is an abundance of warpstone dust blowing through area for Clan Moulder to make use of.

Clan Moulder is currently one of the richest clans in the Under-Empire. With several breeds of 'stable' mutants now in general demand they have retained great stature. They are currently led by Lord Verminkin one of the Lords of Decay who is feared throughout the underworld due to his wealth; which of course allows him to hire many assassins and can bribe any whom he needs.[2]