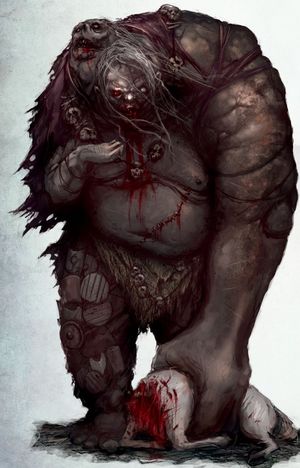 They often have a second head and only one, but hugely muscled functional arm. [1a]

Legends claim that they are the remnants of Norse warriors who when their fellows went to war against the southern people, they choose to raid the lands of their neighbours. The Dark Gods cursed them and now they roam, twisted and full of hatred. [1a]