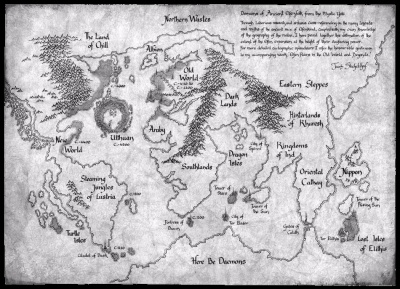 The Gates of Calith are located to the East (lower right).

The Gates of Calith are a sea strait which separates the Far East from the Southern Chaos Wastes. Controlled by the High Elves, it is a site of tremendous strategic importance.

It is unclear if the High Elves have established a full-fledged colony or a major military outpost. In either case its control enables the High Elf navy to patrol, protect and ultimately control the sea trade routes crossing the strait, suppressing any raids by Dark Elf Corsairs in this region.

The Skaven recently attempted to conquer the fortress of Calith only to be defeated by the determined resistance of the local High Elf garrison and fleet.[1]