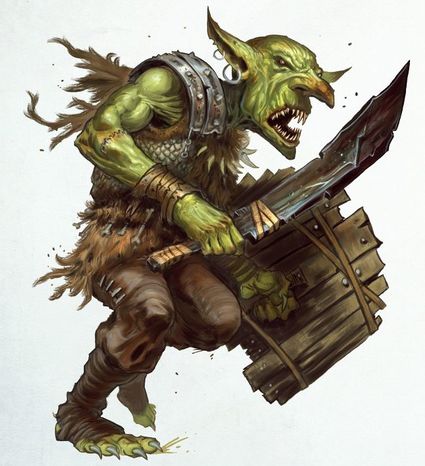 They are smaller than men and about as tall as Dwarfs, but wiry with have long, bony fingers with sharp claws. They have green skin, pointy ears, lots of sharp and pointy teeth, and red glowing eyes. They have unpleasant and shrill voices, and a childish and cruel sense of humour. [3a]

Goblins also fight amongst themselves, and being occasional cannibals, usually eat the loser. [3a] They also suffer a complete lack of personal hygiene.

All Goblins fear Elves. [3a]