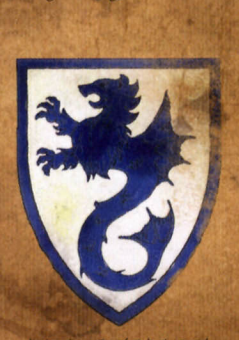 The Dukedom of L'Anguille is a founding Dukedom that lies at the northern shores of Bretonnia. Known far and wide for having some of the busiest ports in all of Bretonnia,

L'Anguille is a rich Dukedom that relies heavily on sea-trade for their fortunes. As such, there is a large number of Merchants and middle-class commoners amongst the peasant population of the capital. Duke Taubert is the current ruler of L'Anguille, however his influence lies mostly within the countryside.

Named after the great fortress port-city of Castle L'Anguille, the lands of L'Anguille is beautiful and highly bountiful. Whilst the shores of other nothern lands are wracked with storms and powerful wind, the large cliffs of the land prevent the weathers from spilling over inland, giving the farmers bountiful harvest almost all year round. Nestled between the Dukedom of Lyonesse to the West and Couronne to the East, the lands of L'Anguille is considered one of the smallest of the Dukedoms of Bretonnia.

The port-city sits at the mouth of the river Sannez and is heavily fortified, the castle being built on the remains of a High Elf fortress.

Most of L'Anguille consists of arable land, though the Forest of Arden covers its southernmost reaches. Despite the fame of the port at the city of L'Anguille, the coastline of the dukedom is actually rather short and famed for being particularly rugged. For most of its length, cliffs plunge straight into the sea, and rocks rise from the water off shore. [4a] The currents are even more treacherous than normal; even with a skilled pilot. The sea monsters known as Theralind's Brood that infest the area make things even more hazardous.

As a result, there are very few settlements along the coast of L'Anguille, with the notable exception of the city of L'Anguille itself. Those who do live there generally want to keep to themselves; hermits, smugglers, pirates, and cultists have all been found clinging to the coast. Inland L'Anguille is almost entirely arable, dotted with the castles of the nobility. The soil is fertile and the weather normally mild as if the storms spend all their fury on the sea-cliffs, and few monsters lurk in the fields. The villages of L'Anguille maintain long, narrow strips of woodland, no more than a hundred feet across and often narrower. These bands separate the land of one village from the next, offer a source of timber, provide forage for pigs, and cannot hide bandits or monsters.[1a]

Apart from the great city of L'Anguille, there are no real towns in the dukedom. The cities of L'Anguille and Couronne are so positioned that no area of L'Anguille is very far from them, and they have proved impossible to compete with. On the other hand, it seems as though every village has a weekly market, as no peasant wants to go as far as the cities for daily necessities. The southern stretch of the dukedom is within the Forest of Arden, and Beastmen and fouler things often make their way out of the woods to raid the lands. For some reason, stagheaded Beastmen are particularly common in this dukedom.

The elves establish the city of Tor Alessi at the mouth of the Sannez around -4550 IC. At the conclusion of the War of the Beard, around -1601 IC Tor Alessi is razed, but the lighthouse remains standing. [4a]

A Bretonni horse tribe settles in the ruins of Tor Alessi around -700 IC. [4a]

The Norse besiege L'Anguille in 994 but after Marcus of Bordeleaux defeats their leader Svengar atop the lighthouse, the Skaelings retreat. [4a]

In 1175 IC at Savage Point, Admiral Henri Lamorte defeats the fleets of the Tomb King Amenemhetum who had been sent north by Settra. [3b]

Seabourne raiders attack in 1635 IC but are slaughtered by King Philippe the Strong and 10,000 knights at the Battle of Castellet. [3b][4a]

Duke Tudual dispatched his much loathed bastard son to Lustria in 1847 IC and as he hoped, he did not return. [5a]

In 2418 IC as the armies of the province were engaged with Beastmen and orcs, the fleets of the Dark Elves struck at the northern coast, abducting whole villages and leaving the port city of L'Anguille in ruins. [1a]

The people of L'Anguille fall into two groups: those from the city and those from the country. They differ radically, and rivalries between them are as strong as rivalries with other dukedoms. Those from the city are sailors, fishermen, and traders. They live from the sea and are proud of it. True courage is to be found in the face of the elements, whilst life on land is an opportunity to enjoy life as much as possible. They claim the country-folk spend so much time worrying about next year's crop that they forget to live. People leave the city to settle down or because they want to face challenges that can be defeated, rather than merely survived.

Those from the country are farmers. They are solid and reliable, and the main threats are from bandits and, especially, Beastmen. They claim the city folk are gamblers who cannot be trusted to do an honest day's work. People leave the country to see something more exciting than a turnip harvest or to take the fight to the Beastmen.

The tension between the two groups is the main factor in the internal politics of the dukedom. Duke Taubert's avoidance of the sea exacerbated this; not only does he never visit the city, but he also avoids thinking about it as much as possible. He has appointed several stewards, but previous ones all failed to impose order. The current steward, Godemar Fitzgodric, is the wealthiest merchant in Bretonnia, head of the Brethren of the Lighthouse, and fully effective in making sure that the city's taxes are paid on time. [4a]

Godemar and the Brethren, however, want independence and rulership. Godemar, as a peasant, is a very lowly servant of the Duke — a fact the Duke's court rubs his nose in every time he goes to pay the taxes. However, his position has allowed him to bring the city almost entirely under the control of the Brethren. The Council of the Brethren are currently debating their next move: should they seek independence from the dukedom of L'Anguille, or independence from Bretonnia with the lands of the dukedom dependent on them? Whilst this debate continues, they are interested mainly in political stability.

Duke Taubert's absence means he is unknown to most people in the city. There are some who are considering appealing to him about the abuses of the Brethren, and among them, he has an almost messianic reputation. Most citizens, particularly merchants, regard him as distant and ineffectual, and that's the way they like it.

Among the peasantry of the countryside, things are very different. To them, the Duke is a hero, riding personally against the Beastmen. He has set up a chain of signal towers along the edges of the forest which relay an alarm to Grasgar Castle if raiding bands are sighted. Armed bands are sent out in response, often led by the Duke in person. More than a few villages have been saved from utter destruction by the timely arrival of the Duke's men, and there are some people who have had their lives saved by him personally; this often has a major impact on their opinions of their Duke.

The Beastmen have become more cunning over the years, and the more brutish have simply turned their attentions to Lyonesse, Artois, and Couronne. This is the cause of some tension with the neighbouring dukedoms, and some of the other nobles mutter that Duke Taubert should try to defeat the Beastmen properly rather than just driving them into other lords' lands. The fact remains, however, that Duke Taubert is acting more heroically than are most other lords in the area, and this keeps criticism muted whilst making it more likely that he will be opposed on other issues.

1: Knights of the Grail