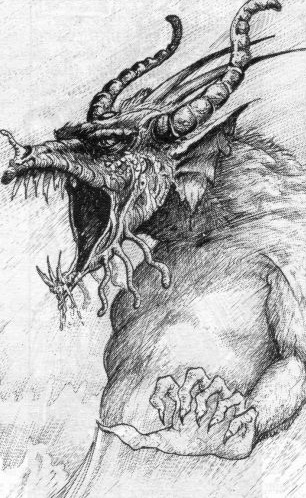 Malal is a renegade Chaos God who, for unknown reasons, turned against his peers and wishes to destroy them[1].

His followers, sometimes called the Doomed Ones, constantly search for worshippers of the other Chaos gods in order to kill them[1].

At Caer Deral, among the burial mounds of long-dead kings, he fought against the followers of the renegade god Malal. Beneath the eyes of a huge stone head he slew the enemy leader, a man whose face was white as milk and whose eyes were red as blood. He tore the albino's heart out with his bare hands and raised it still pulsing as an offering to the Blood God.