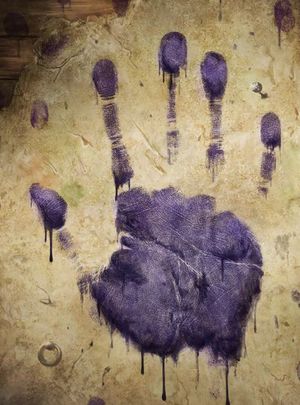 Mark of the Purple Hand

The Purple Hand is one of many Chaos cults in The Empire, and one of the largest which worships Tzeentch.

In true Tzeentchian fashion, they seek to bring the Empire to its knees by infiltrating positions of power. So far they have members in both the Cult of Sigmar and the Cult of Ulric, and are working to encourage the theory of the "Sigmarian Heresy" in order to put the two factions at each other's throats. Their more pressing and immediate concerns however are dealing with other Chaos cults, who have their own ideas of how to further Chaos in the Empire.

The cult is proscribed in the Empire and operates in independent cells that have nearly no contact to other bands of cultists.

The Purple Hand was responsible for the plot to destroy Bögenhafen by hordes of Horrors of Tzeentch, summoned in the sewers under the city as well as for the plot against the court of Boris Todbringer, the Elector Count of Middenheim. After the Storm of Chaos the cultists in Middenheim regrouped and tried again to soften the defenses of the city that had survived Archaon's siege.