A detailed map of The Grand County of Mootland.

The Moot is located in the southeast, between Stirland and Averland. 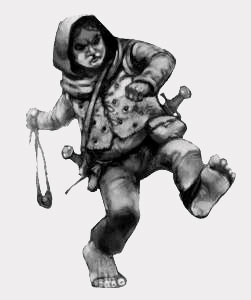 The Grand County of the Mootland[1], commonly referred to as The Moot, is a province of The Empire and homeland of the Halflings. Its capital is the town of Eicheschatten[1]. Its symbol is a Fighting Cockerel and its colours are red and green[2].

Inhabited by Halflings since before the time of Sigmar[3][4], the area was originally part of Stirland. It was granted an Electoral vote and became a separate province in 1010 IC, through an edict of Emperor Ludwig the Fat in recognition of Halfling services to Imperial cuisine[2][5][6][7b]. This slight is still remembered in Stirland, whose people resent the Halflings till this day.

Located at the junction of the rivers Blue Reach and Aver Reach who join into the River Aver[5][7c], the land possesses a rich soil which provides bountiful harvests, explaining some of Stirland's resentment. On the whole, the life in the Moot is a peaceful one, well-suited to Halfling temperament. However no place in the Old World is completely safe and the Moot had to endure Waaagh! Gorbad and Waaagh! Grom.Needs Citation

The province fields its own local militia, called Fieldwardens, which carefully guard its borders, especially its north-eastern border with Sylvania, and also provides troops for the armies of the Emperor[2][5]. Being somewhat poor warriors, the Halflings rely upon the armies of The Empire to protect their homeland from more serious threats but their martial abilities should not be underestimated; they are very good archers with an uncanny ability to travel quickly and silently through the forests, making excellent scouts. Many are also excellent cooks and a wise general will always put them to good use.