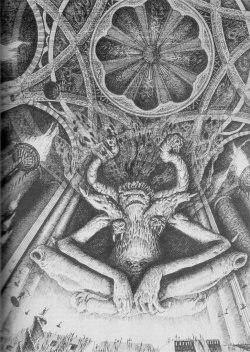 Tzeentch the Changer of Ways 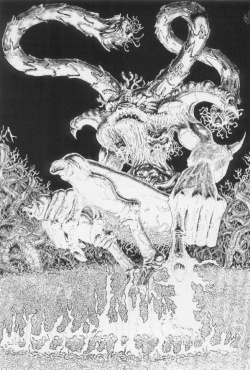 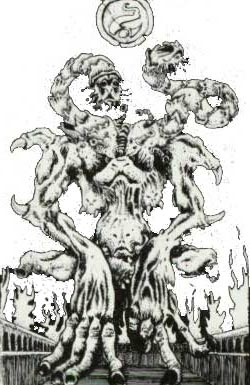 Tzeentch, the Changer of the Ways, is one of the four Great Chaos Gods and represents the vitality and volatility of change.

Tzeentch is closely associated with sorcery and magic, as well as dynamic mutation, and grand, convoluted schemes. It is said that Tzeentch knows the fate of everything, and all events transpire according to some great plan beyond mortal reckoning. The mortal champions of Tzeentch are especially dangerous, as they wield awesome sorcerous power on top of their considerable physical prowess.

All Chaos Gods derive their power from essential and driving aspects of mortal nature. In Tzeentch's case, this is the will and desire for change. The desire to accumulate forbidden lore, change and manipulate our surroundings, as well as intrigue, evolution, and sorcery; these are the tools used to enact change, benevolent or malevolent. Through subtle manipulation and the use of sorcery, Tzeentch's followers further the aims of their patron. His diametric opposition is Nurgle. Where Tzeentch's power is derived from the will to change and to forge one's destiny, Nurgle's comes from the defiance of despair and the inevitable decay of all things.

Tzeentch is often visualised as the serpent that writhes and twists to represent constant change, or as a large bird with feathers of everchanging colour.

Many worshippers of Tzeentch are sorcerers, who are also among the most ambitious and the most hungry for power. Scholars and other educated elites who desire unearthly knowledge and power are often drawn to the service of Tzeentch. The cults of Tzeentch are easily the widespread and firmly established of all the Chaos cults in The Empire, and all are devoted to its subversion and overthrow. One of the largest of these cults is the Purple Hand.[1] His worship elsewhere is widespread and found in far Cathay.

Northmen warriors in the northern Chaos Wastes tend to wear elaborate mask helmets that conceal their faces to their opponents and are renowned schemers amongst the other people of the northern tribes. All Champions of Tzeench become at least powerful wizards, that learn to use the Winds of Magic.

Beastmen that are dedicated to Tzeentch are also not unknown, and his special breed of Bestigors are called Tzaangors.

Tzeentchian daemons tend to be bird-like in appearance, or mutated to the point of indescribability.

Horrors are the most prolific Daemon, an ever-shifting mass of flesh, limbs, and flame-spewing orifices. Original Horrors are described as short neck-less creature with long, multi-jointed arms. Realm of Chaos: The Lost and the Damned originally had two types of Horrors, Pink and Blue variants. Pink Horrors were jovial and childish, and when slain they would split into two smaller Blue Horrors, which were angry and sullen spirited.

Flamers are slightly more powerful, with numerous gaping maws that produce the searing flames which give these daemons their unsubtle name. Realm of Chaos: The Lost and the Damned described them as inverted mushrooms, with a trunk that split into two arms.

Screamers are ray-like creatures that swoop down on foes and cut them apart with their sharp tusks, but prefer to emit an unholy scream, that damages and terrifies most mortals.

Lords of Change are the most powerful Tzeentchian Daemon, typically an avian, winged humanoid Daemon of vast intelligence and massive magical and psychic power. They are described as large winged creature bipedal creatures with snake-like necks and avian heads. The creatures often are multi-colored (especially their wings).

Discs of Tzeentch are melds of magic, metal, and daemon, and are often used as transports for mortal champions. Various descriptions and models have been created, varying from metal surfboard looking creatures4 to the spiked organic variants of today.

Changebringers are Flamers mounted on Discs of Tzeentch.

In Cathay, Tzeentch is known as Tsien-tsin, Lord of the Fifteen Devils, Master of the Five Elements, the Dark Lord. [3a]