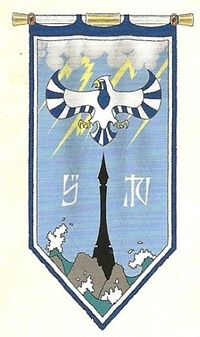 Yvresse is one of the Outer Kingdoms of Ulthuan. Its capital and only major city is Tor Yvresse. Yvresse is often referred to as "the land of mists".[2a]

The mainland of Yvresse is the heavily forested stretch of land west of the Annulii Mountains and south of Cothique, but the realm also encompasses the Shifting Isles in the Great Ocean further east. The land is mostly wide, grassy plains and mountains.[2a]

The mists that cloak fens and fields alike can be dangerous even to the Elves of the kingdom as Daemons have been known to manifest and hide within them. [1a]

The kingdom suffered greatly from the invasion of Grom the Paunch in 2425 IC.

Yvresse is the least populated of all of Ulthuan's realms, and is regarded by the other kingdoms as being a bleak coastal realm of no real importance. Despite this it is famous for the discipline of its citizen-soldiers and for being the homeland of the hero Eltharion the Grim.

Warriors of Yvresse are often grim due to their conflicts with the deamons of the mist, having witnessed many terrible things but they are also unphased by many things that would terrify other elves. [1a]

Archers wear scale mail that includes wayshards that are attuned to the waystones of the kingdom and allow them to find their way in the mists, the colour of the shard refelcts the hall from which they hail. [1a]