Shadow of the Horned Rat 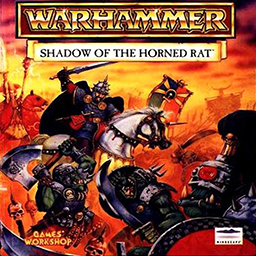 Shadow of the Horned Rat is a real-time strategy game set in the Warhammer universe. The player controls the Grudgebringers, a small mercenary army and leads it into several battles against Orcs & Goblins, Bandits, Undead and Skaven. His nemesis is Grey Seer Thanquol, a particularly vicious and ruthless Skaven leader.

The game was launched into the market in 1995, being the oldest video game set in the Warhammer universe. A financial success, it lead to a sequel called Dark Omen, in which the player reprises his role as leader of the Grudgebringers.

The player can choose between accepting or refusing several contracts which invariably lead to military engagements.