From Warhammer - The Old World - Lexicanum
(Redirected from Cannon)
Jump to: navigation, search 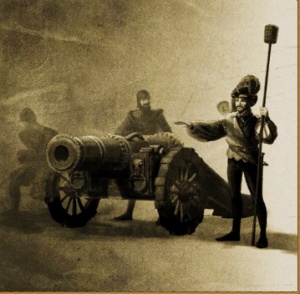 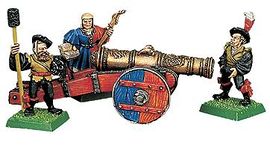 Great Cannons are among the largest of the mobile artillery built and employed by the Empire.

Imperial cannons are made primarily at the Gunnery School of Nuln and it is from here that come both the cannons and the crews required to operate them. Most provinces of the Empire maintain an artillery train and many cities have cannons of varying sizes to defend their walls. Great Cannons are slightly larger than their Dwarf counterparts or the famous Bronzino's Galloper Guns that hail from Tilea.

Cannons can be somewhat unreliable, and may misfire, wounding or even killing their crew.