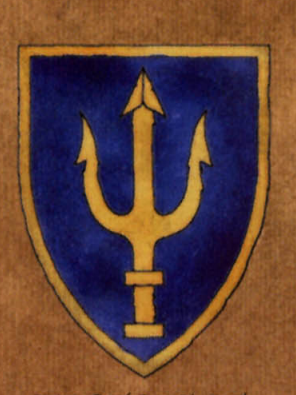 The Dukedom of Bordeleaux is a founding Dukedom that lies at the western coast of Bretonnia, just south of the cursed lands of Mousillon. Known as the largest exporter of wines within the entire Kingdom, Bordeleaux is a beautiful land filled with many farms and vineyards. Such is the Dukedom's reputation for wine that even peasants and nobles alike are given the luxury of drinking in on the fine liquor at a cost that is 1/3 its price in other lands.[1a] Being one of the few coastal Dukedoms, Bordelaux has also a tradition of sea-fairing similar to their brethren within L'Anguille. This has resulted in fierce competition over the sea trade and sea routes that link the large port-cities together, such as Marienburg and Erengrad to the north and Barak Varr and the Tilea city-states to the south. Its current ruler is Duke Alberic.

Bordeleaux is mostly arable land with some pastoral land near the coast. The cliffs of Bordeleaux are particularly high and spectacular, but whilst there are some offshore islands, there are very few of the concealed rocks and currents that make L'Anguille’s coast so hazardous. Whilst the best port is at the city of Bordeleaux itself, there are over a dozen other substantial natural harbours and even more fishing villages, many cut into the towering cliffs. The southeast corner of Bordeleaux is covered by the Forest of Châlons. The western end of the Forest is less dangerous than the portion within Bastonne, and a number of villages seem to be flourishing within it. Nevertheless, Beastmen raid the villages fairly frequently and the inhabitants of the woods are particularly self-reliant. In the north, Bordeleaux has a substantial border with the cursed land of Mousillon. At the mouth of the River Grismerie, this is a high escarpment where the coastal hills of Bordeleaux abut the low-lying swamp that is Mousillon. As you turn upstream, however, the Bordeleaux side falls whilst the Mousillon side rises, so that for over half of the border’s length the river is the only barrier between the dukedoms. It is not very effective as such, and things frequently come across. Undead are the most common problem, but bandits, Beastmen, and Chaos Spawn are also frequent menaces. The river itself is largely abandoned for fear of the things that live in it.

In stark contrast to their disciplined Duke, the people of Bordeleaux are renowned for spending their entire lives tipsy, if not completely rat-arsed. This is, of course, not universally true. Bordeleaux is home to many experienced sailors, and the perpetually drunk do not reach that status. It is true that wine produced along the Bordelen coast is particularly fine, normally abundant, and mostly consumed locally. Bordelens even drink unwatered wine with some frequency. Local wine, of any quality, is half the normal price in Bordeleaux; wine from other regions is triple the price of the local produce. A fair number of Bordelen adventurers do so to get away from the constant drinking, brawling, puking, and passing out. Many are thus deeply disappointed in their comrades. Others left because they had the misfortune to be born near the border of Mousillon and thought that a life of adventure sounded like a safer option. One notable feature of Bordelen life is the popularity of Manann along the coast. Whilst sailors everywhere pay tribute to the Sea God, the Bordelen are particularly fervent, and even the nobles pay more than lip service to him. Bordelen nobles tend to think that the domain of the Lady of the Lake ends where the water turns salt.

The maritime traditions of the dukedom have created a split between the nobles. Those living inland are much like nobles anywhere else in Bretonnia, primarily worshipping the Lady of the Lake and drawing their wealth from land. Those on the coast worship Manann before anyone else and hold little land, drawing their wealth from the sea, instead. These nobles are as likely to send their sons out on a ship as to send them on an errantry tour. There is no real hostility between the two groups, but there is a profound lack of understanding.

Bordeleaux has good relations with Bastonne and Aquitaine, but its only relations with Mousillon are expressed in knights given fiefs along the river with the responsibility for keeping monsters where they belong. There is, however, a strong rivalry between Bordeleaux and L'Anguille, born from commercial competition. L'Anguille is easily the stronger trading port, so the rivalry is felt much more strongly in Bordeleaux.