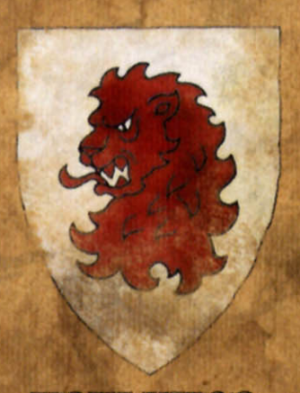 The dukedom of Lyonesse is situated on the north-western coast of Bretonnia. It's bordered by L'Anguille, Artois and Mousillon.

Castle Lyonesse, the political centre of the dukedom, is built upon a very large and heavily fortified island near the mainland[1a]

The small town of D'Ason, including the Grail Chapel of Adelhard the Second, is in Lyonesse. This town is where the trebuchet was invented.[2a]

When the Fay Enchantress denounced Merovech, the Duke of Mousillon, several nobles of Mousillon renounced their oaths of loyalty towards him and pledged their loyalty and allegiance to the Duke of Lyonesse[2b]

As a consequence the Lyonesse-Mousillon border was "pushed" southwards; Lyonesse annexed substantial territory becoming one of the larger provinces of Bretonnia[3][2b][2c]

Possessing a large coastline Lyonesse is occasionally plagued by seaborne raiders like the barbaric Norscans and the ruthless Dark Elves. There is also an ancient feud and rivalry with L'Anguille, which sometimes leads to minor skirmishes and border clashes[1b]