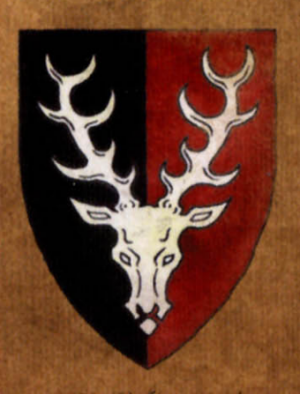 The Dukedom of Gisoreux is a founding Dukedom that lies within the treacherous slopes of the Pale Sisters and upon the low woodlands of the Arden Forest.

Unlike in other parts of Bretonnia, where much of the land is either one type of landscape and of one type of people, the diversity in geography of this Dukedom has also created a diversity in cultures and customs. Those living within the arable plains to the south contain the typical farmers and peasants that is universal within all the realms. To the east, the lands are filled with harsh woodlands, where a different people live life as expert trappers and wild woodsmen.

Finally, to the north, those people that can eek out a living within the Pale Sisters are seasoned mountaineers who can brave harsh conditions. The Dukedom also contains the Gisoreux Gap, one of only three locations within the entire Grey Mountains that allow passage between Bretonnia and the Empire. The current ruler is Duke Hagen.

In 2254 IC, the city was besieged by the undead of the Liche Mallac the Scourge however on the sixth day of the seige, Duc Bonnar D'arcey arrived with his famed knights and drove off the attackers, slaying Mallac in his own camp at midday. [3a]

The dukedom of Gisoreux is divided into four geographical areas. The first, the Plains of Gisoreux, is actually mostly pastoral country and very hilly. This area includes the city of Gisoreux itself and lies between the River Grismerie, the Forest of Arden, the Pale Sisters, and the Grey Mountains. Just over half of the population of the dukedom lives in this small area. The second area is North Gisoreux. This land, between the River Sannez and the Pale Sisters, is also mostly pastoral but has substantial arable portions along the course of the Sannez. The land here used to be part of the Forest of Arden but was cleared, over the course of a thousand years, by the family of the current ruler, Earl Baldhelm of Harran. The process continues in the southwest of the region. North Gisoreux is home to about a quarter of the population.

The third region is the Forest of Arden. The areas south and east of the river are relatively civilised. The roads between the villages are patrolled by the local nobility or at least by their men-at-arms, and travel on the roads is no more dangerous than travel on most other roads of the Old World. The villages do have stockades but, in a good year, suffer no attacks. On the other hand, no one leaves the cleared areas of forest without a really good reason, and those who do rarely come back.

North of the river, where the forest runs up to the Pale Sisters, things are very different. No village founded here has ever survived more than a year. Recently, Bretonnian lords have even given up trying. The human inhabitants are all nomadic, and there are no roads larger than a trail. The trees in this region are particularly old, large, and fine, which prompts nobles to send occasional logging forays. These sometimes succeed in bringing out a tree or two; more often, the loggers simply vanish.

The final region of the dukedom is covered by mountains, split between the Pale Sisters in the west and the Grey Mountains in the east. The two ranges are very distinct. The Pale Sisters are of white rock and tend to rounded peaks, steep cliffs, and lots of high valleys. Access to the valleys is limited, however, and often involves climbing a cliff. The Grey Mountains are of dark grey stone and are characterised by very sharp terrain. Their peaks and ridges are narrow, as are the are their many passes. As a result, more people live in the Pale Sisters than in the Grey Mountains.

Just as the land of Gisoreux is divided, so are the people. The Plains of Gisoreux are the heart of the dukedom, and these are the people most outsiders think of when they think of Gisoreux. Gisorens are friendly people; they greet even complete strangers politely, and many people offer casual acquaintances a meal. There are, however, strict limits to this generosity. After a single meal and one night’s accommodation, visitors are expected to earn any further friendliness by reciprocating. Clever and mobile rogues manage to sponge off the Gisorens’ largesse for years, but far more are recognised and find themselves shunned.

These customs even extend to the more civilised parts of the Forest of Arden, but there, new arrivals are expected to begin their visit with a bath, in which they are supervised constantly by armed villagers. The bath is, of course, a courtesy, and the guards are for the guests’ protection, and the fact that it is impossible to hide most mutations whilst naked is pure coincidence. Attractive female visitors may find many, many men are eager to protect them. Women pretending to be men find that people in this region are generally good at overlooking such things.

The nomads of the forest make a living as hunters and trappers and trade regularly with the villages bordering on their areas. Most of them make a trip to the city of Gisoreux at least once every few years, since they have occasional contact with the isolated villages of Artois and do not want to become like them. They also keep an eye on the Beastmen and other monsters and send runners to warn villages at risk of attack. As a result, they are accepted without prejudice by virtually all other Gisorens.

In the valleys of the Pale Sisters, the people cluster together in small communities. Given the labyrinthine quality of this region accompanied by terrible winters, few people have the means or the interest to leave their small stone homes. Few have little knowledge of others who dwell in and beyond these mountains. As a result of their isolation, each community has its own strange customs and habits, though the threat of Orcs and Chaos force all villages to concentrate on defence.

There are Human inhabitants of the Grey Mountains, but in Gisoreux this range is too rugged and plagued by monsters to support any real communities. Most of those who live here are nomadic loners, though there are some family groups. They live by hunting and by guiding travellers through the mountains. A few nobles have lands in the Plains of Gisoreux and strongholds in the mountains, with the responsibility of defending them against monsters. In many places they can do little more than keep their fortress secure and supplied, but the nobles along the Gisoreux Gap pride themselves on keeping it as safe for traffic as any road anywhere.

The internal politics of the dukedom have recently been upset. For centuries, North Gisoreux was basically cut off from the Duke in the south, allowing the Earls of Harran to go about things in their own way. They grew accustomed to this nominal independence, and it was a shock when Duke Hagen moved to Couronne for most of the time. Now, the Duke can easily deal with North Gisoreux, and it is in the Plains where he must rely on his steward. Duke Hagen’s high standards of personal virtue do not help matters; he keeps coming across practices he deems unacceptable, but which the people of North Gisoreux have maintained for generations.

Gisoreux, in common with all the dukedoms bordering on that cursed place, would like to see Mousillon invaded and cleansed. However, relations with Bastonne are also strained. Nobles in the Plains of Gisoreux have repeatedly feuded with Bastonnian lords in an effort to extend their holdings across the river. Since Duke Hagen moved north, these lords have become more willing to swear fealty to the Duke of Bastonne for lands in the latter dukedom. As a result, there are now a number of Gisoren lords with some holdings in Bastonne as well, which makes relations between the dukedoms even more complex.