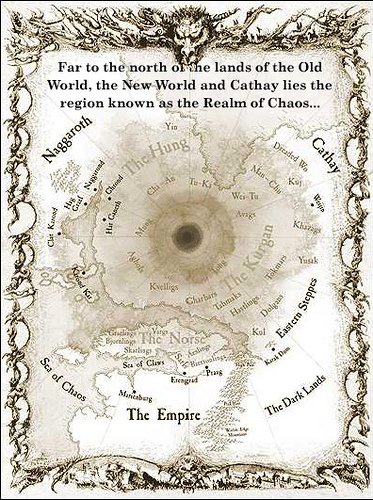 It is possible to locate Karak Dum on this map. It lies just before the title Eastern Steppes.

Karak Dum is situated far to the north of most other Dwarf Karaks, on the very edge of the Chaos Wastes. It was besieged and conquered 200 years ago by the hordes of Chaos. Recently a small surviving group of Dwarfs living in a state of perpetual siege was rescued by a Dwarf expeditionary force which included the adventurers Gotrek & Felix.