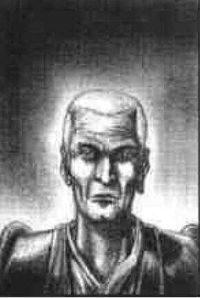 Lea-Jan Cobbius is the Master of the Honourable Guild of Stevedores and Teamsters of Marienburg in the 25th Century IC. [1a]

Tall and lanky but muscular 62 year old man with close cropped white hair and steel-grey eyes and a aquiline nose. There is a twoinch scar just below his right eyebrow. [1a]

He has contacts and influence across the city including He has clandestine contacts with most of the Directorate and the Exarch of Sith Rionnas. [1a]