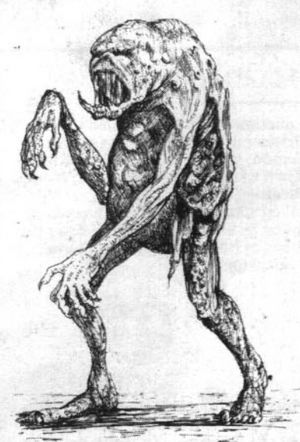 The Mabrothrax is a Greater Daemon of Nurgle. [1a]

It is also known (incorrectly) as the Plague Elemental. [1a]

It can manifest as a foul, stinking wind or a 12 feet tall hunched, decaying humanoid, covered in festing boils with bones and organs protruding where the skin has rotted away. [1a]

It can summon a Plague Wind which can effect all living creatures 2,400 yards downwind of the Daemon. The Mabrothrax also carries the Black Plague and can not be hurt by non-magical weapons. [1a]