From Warhammer - The Old World - Lexicanum
(Redirected from The Lady)
Jump to: navigation, search 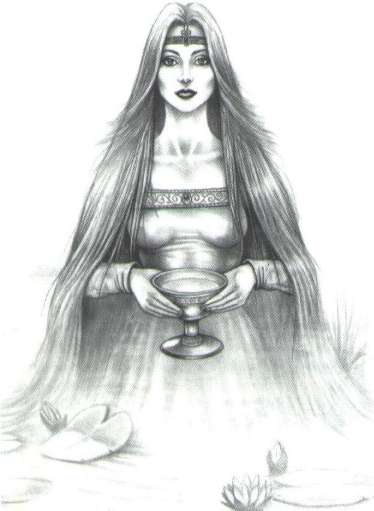 Lileath revered by humans as The Lady of the Lake or simply The Lady, is the Elven Goddess of Prophecy, Dreams and Fortune. She is supposed to be the giver of dreams; those that have pleased her receive pleasurable dreams whereas those that have upset her receive nightmares. She is also the national deity of Bretonnia and the patron of chivalry and honour. Lileath also took up the name of Ladrielle, the Lady of Mists, revered as a mysterious and aloof god by the Elves of old.

Lileath is portrayed as a gloriously beautiful Elf maid with white angelic wings, dressed in flowing garments of pure white gossamer and carrying the Staff of Lileath. Worship of Lileath is popular among the seers of the High Elves who claim to divine the future through the interpretation of dreams. As an elder goddess she was older and more powerful than even Sigmar and the Empire's young pantheon. Rescuing Shallya from Nurgle himself and curing her consort Taal's unholy affliction.[5] 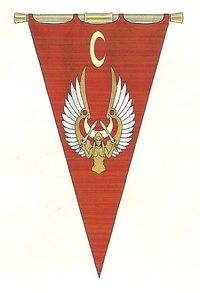 Banner of Saphery showing the goddess with her twin swords