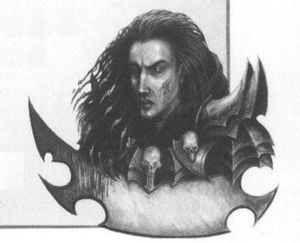 As an ambitious young elf, he was inducted into the cult by the grandaughter of Anethra Helbane, Ylandria Helbane after he had killed his mother to prove his loyalty. Anethra has had many killed to keep his heritage secret. [1a]

Over centuries, he has grown into a adept killer always ready to slay those who would threaten his adopted family. [1a]