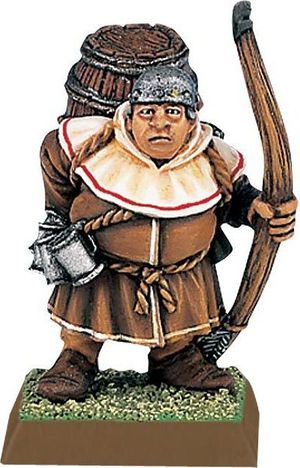 Gui le Gros is a Bretonnian commoner fighting for the people like himself, ordinary Bretonnian peasants oppressed by their lords. On some occasions, he has also been known to ally with them in a fight against the common enemy, like Orcs & Goblins or Hordes of Chaos. He is known to be an excellent orator, as his speeches raise great quantities of people to arms wherever he treads, often making crucial difference between victory and defeat.[1]

He also never asks much for his services. In fact, just some fine food and drink will be enough to satisfy him, a fact that only adds to his popularity and reputation.[1]