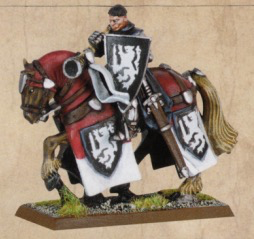 The Marechal of Bretonnia is responsible for defending the Marches of Couronne which mark the frontier with Marienburg and the Empire. [1a]

This is disputed land and much of it is marshy or thickly wooded. It is the scene of many battles with Empire forces and other would-be invaders. The Marechal himself seizes every opportunity to push the frontier a bit further east. Roland leads a retinue of Knights and holds numerous castles, but the the region is not yet large enough or stable enough to be made into a dukedom. [1a]