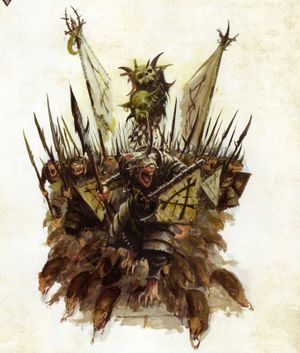 The Deathvermin are a Skaven Stormvermin regiment of Clan Rictus. [1a]

Also known as the Black Death they are considered to be some of the most effective fighters in the whole of the Under-Empire. [1a]

Because of their continuing success, they earned the hidden ire of their clan lord Kratch Doomclaw who sees them as a threat to his power base. However despite him throwing them into hopeless battles time and again they keep returning victorious! [1a]