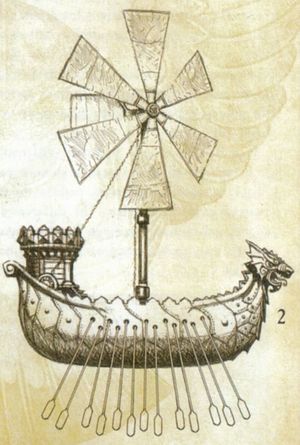 Ghazan-harbarks were ancient Dwarf vessels, mainly used on the great rivers of what is now the Old World but also by Barak Varr. [1a][2a]

These ships began to replace the venerable Grubark which were used extensively before contact with the Elves but as trading began between the two races they were able to shift large quantities of goods to the new Elf cities. [1a]

They used rotary sails as a source of power rather than physical effort by the Dwarf crew. [1a]