From Warhammer - The Old World - Lexicanum
(Redirected from Duke)
Jump to: navigation, search 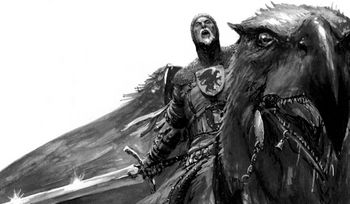 Bretonnian Lords are the elite warrior-generals of Bretonnia, made up of the wealthiest and most powerful of nobles.[3a]