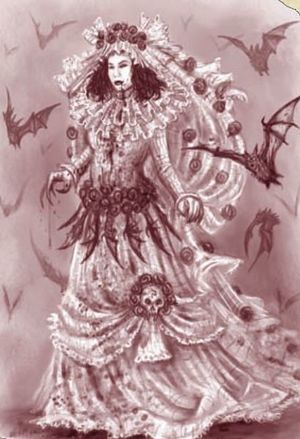 A Vampire who has reached the level of Vampire Lord is incredibly powerful in both his own abilities and his temporal domain. The world shakes at his will, and the bravest heroes tremble to hear his name.

Only the best of the Vampires reach this rank; it is not enough to simply control kingdoms or to have lived for centuries, the Vampire must also be a true master of dealing death, of dominating minds, and of harnessing his strength to the utmost effect. The Vampires have no Gods; the Vampire lords are close enough to suffice. Many are regular Vampires, combining necromantic magic with brute strength and skill, such as Mannfred Von Carstein. Others however may be fearsome Blood Knights like Walach Harkon or powerful Necrarchs like Mundvard the Cruel.