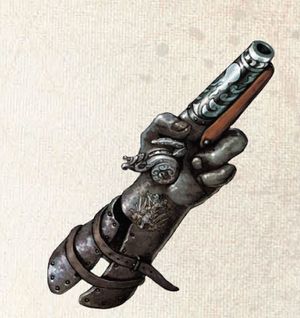 Friedrich von Finklemann is a renowned creator of prosthetic's from Nuln. [1a]

He created a famous clockwork hand that could open and close and a false leg for the leading actress of the Nuln Imperial Theatre, sadly this later caused her death during a dance routine. [1a]

The failure of his rocket assisted legs led to him leaving Nuln for Ubersreik. [1a]