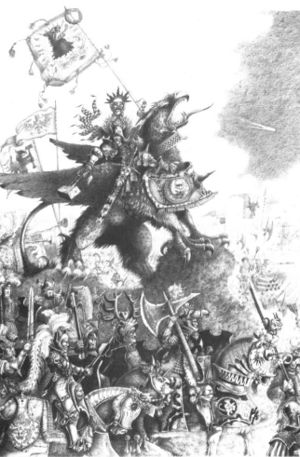 Deathclaw is a famous Griffon and the mount of Emperor Karl Franz. [1a]

He lives in a cage in the Imperial Zoo, but frequently flies above Altdorf only returning as night falls. [1a]

Karl Franz raised the mighty beast himself from a chick and the two have a very close bond, with Deathclaw obeying his command but also defending him. [1a]