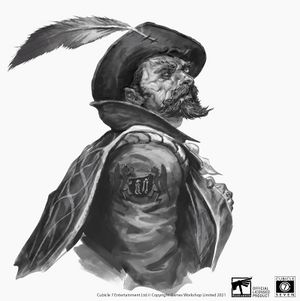 High Chancellor Immanuel-Ferrand Holswig-Schliestein is a powerful nobleman of the Empire [1] and member of the Grey Order.[2a]

Immanuel is the uncle of Emperor Karl Franz.[1]

He sits on the Imperial Council of State in as High Chancellor of the Realm and is also in charge of a department of the Black Chamber called the Graukappen. [1]

Winds of Magic states he is a cousin of the Emperor rather than his uncle. [2a]