From Warhammer - The Old World - Lexicanum
(Redirected from Asur)
Jump to: navigation, search 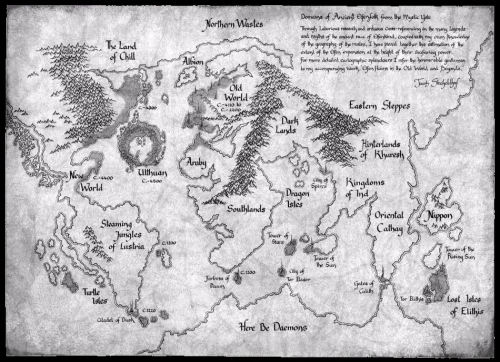 High Elf Archers - High Elf Archers are disciplined, keen-eyed citizen-militia that serves the armies of Ulthaun as part of their civic duties to protect their kingdom against all threats.

High Elf Spearmen - High Elf Spearmen are the elite, second-tier citizen-militia within Ulthuan's armies, acting as a disciplined line of warriors that puts even the most battle-hardened Human warrior to shame.

Lothern Sea Guard - The Lothern Sea Guard are the specialized citizen-militia of the Kingdom of Eataine, fighting as effectively on land as at sea, and are equally resolute when defending the walls and fields of Lothern as they are when battling on the deck of a ship.

Phoenix Guard - The Phoenix Guard are the guardians of the Shrine of Asuryan, the great pyramid temple in the Sea of Dreams.

White Lions- The White Lions have served as the personal guard of the Phoenix King since the time of Caledor the First.

Swordmasters of Hoeth, deadly protectors of the Tower of Hoeth and masters of the blade.

Silver Helm Knights - The Silver Helms Knights are seen as the perfect exemplars of mounted martial grace and valor to which young Elves should aspire. Dragon Princes are too distant and aloof, Ellyrian Reavers perhaps a touch too wild and uncivilized.

Great Eagle - Great Eagles are the largest birds of prey in the Empire, with a wingspan that measures over thirty feet and having razor-sharp talons.

Griffons - griffons are noble beasts, as beasts go, though they are far from tame and placid. T

Frostheart Phoenix - Whilst a Frostheart Phoenix may not possess the vigour and fire it commanded in its youth, it is a much hardier mount. The ice that sheathes its form is as hard as glass, and enemies -- not having the benefit of the rider's enchanted armour -- find their own strength and resolve eaten away by its chill presence.

High Elf Prince - The High Elven Princes of Ulthuan are great and most skillful generals, strategist and warriors.

High Elf Archmage - High Elf Mages are aspirants to the Magical arts, but due to their natural affinity to the Winds of Magic, they are far more powerful then even the most experience Imperial Battle Wizard.

Loremaster of Hoeth - The High Elf Loremasters of Hoeth are invariably gifted warriors, for their intellects find even the exacting disciplines of the Swordmasters almost childishly easy to master.

High Elf Noble - High Elf Nobles are the leaders of their own respected armies and companies, warriors whose skill at arms and years of experience far surpass those of any other mortal race.

High Elf Mage - High Elf Mages are aspirants to the Magical arts, but due to their natural affinity to the Winds of Magic, they are far more powerful then even the most experience Imperial Battle Wizard.

Dragon Mage - The Dragon Mages are mighty Mages of the Kingdom of Caledor, Elves who have a sensitivity not only to magic, but also to the minds of slumbering Dragons.

Lothern Sea Helm - Lothern Sea Helms are the greatest heroes of Lothern, an order founded in the time of Bel Shanaar. With both spear and bow they have perfected the quicksilver strike that cheats shields and parries to pierce throats, hearts or skulls.